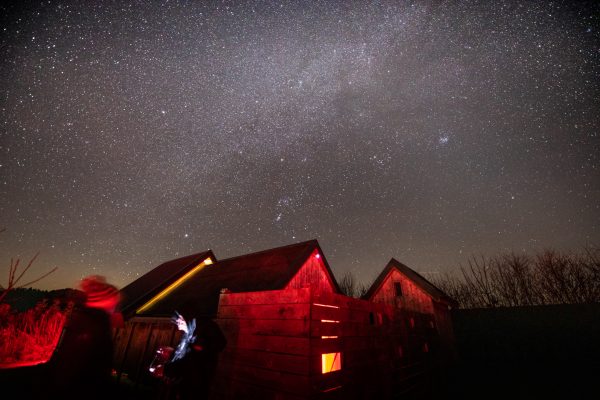 Dark Sky Discovery – The Milky Way is BACK!

Our world-famous Dark Sky Discovery events are now back, and September is a great month to see the Autumn Milky Way whilst the nights are still mild.  Click here to book this event, or any similar event during the Autumn and Winter. https://www.battlesteads.com/observatory/events/general-stargazing/dark-sky-discovery-night/

Jupiter is still on show for the first couple of weeks of September but is low and sets early in the night, this is your last chance to spot Jupiter until late July 2020.  Saturn and their rings are still visible to the south.  Through our telescopes you’ll expect to see Jupiter’s Great Red spot (if it’s facing us), and some of the many moons of both Saturn and Jupiter.  Neptune and Uranus, the cold, distant gas planets are now in a good position to see especially Neptune which is at opposition on the 9th, meaning it’s the brightest it’ll be this year.

When the dark skies return, so do our Aurora Hunting nights.  The Northern Lights can be predicted a few days in advance of a show so why not join us to learn all about them, how to predict and spot them?  https://www.battlesteads.com/observatory/events/specific-subjects/aurora-hunting

The moon is full on the 14th of this month and the new moon is on the 28th.  Native Americans called this full moon the Full Corn Moon because the corn was harvested around this time of year. Also known as the Harvest Moon it’s the full moon that occurs closest to the September equinox which this year is 23rd of September.