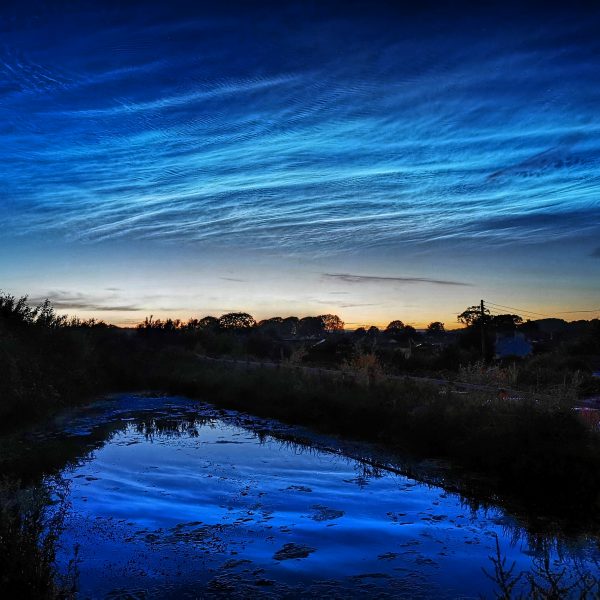 The 2020 Noctilucent Cloud (NLC) season is almost here – NLCs are they the highest clouds on Earth (in the Mesosphere) and occur when ice crystals seed onto the ashes of shooting stars.  There’s also a growing body of evidence linking the appearance and extent of these clouds to Global Warming, for example they seem to be a relatively new phenomenon first seen in 1885, and lately seem to be occurring more frequently with the season lasting longer and longer each year.  Often mistaken for the Aurora Borealis, these clouds form every summer about 50 miles up, at the edge of space and are also sometimes called “Space Clouds”. During the summer months the Mesosphere becomes very cold, the top of the Mesosphere reaching -100 degrees Celsius at times. Since the Ice crystals are forming on the ashes of shooting stars, this means when you see an NLC display you are watching clouds at the edge of space seeded with material that is 4.6 billion years old – as old as the solar system itself.

NLCs cannot be accurately forecast but they only appear in the summer.  For us in the Northern Hemisphere they generally appear between mid-May to mid-July.  On a day-to-day basis it’s tough to try to predict them but NASA has an image of the relevant polar Mesospheric clouds on this page, (Images taken by the AIM satellite. )

More recently attempts have been made to classify NLCs, which can have soft veil like structure or extremely well-defined features.  Sometimes you can see complex patterns like ripples on a beach, net-style patterns and knots.

NLCs occur roughly an hour after sunset or an hour before sunrise and can last for an hour or two.  They are visible when sunlight, shining up from below the horizon is then reflected on the underside of the clouds down towards the observer.  Taking photographs is simple enough and can be done with a modern day mobile phone on it’s “night time” setting or even on “Auto” setting if it’s a bright June night.  See below for some examples. If you’d like a chance to see the NLCs then book into one of our Summer Stargazing Events Here – this one is dated around the time the first NLC displays are likely to appear. 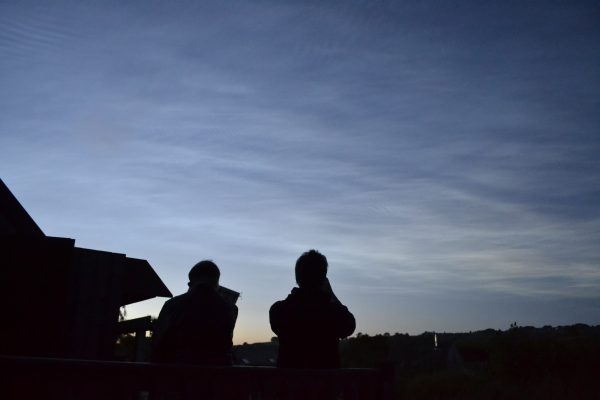 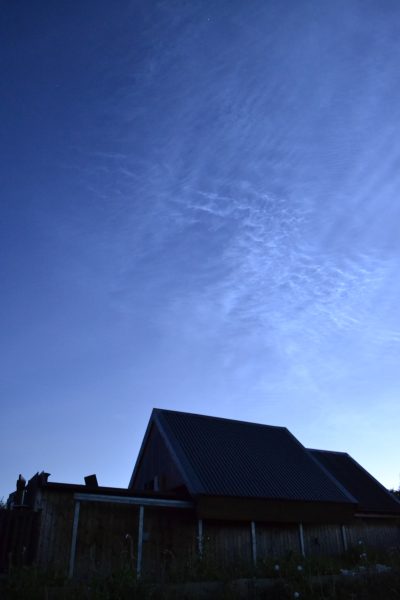